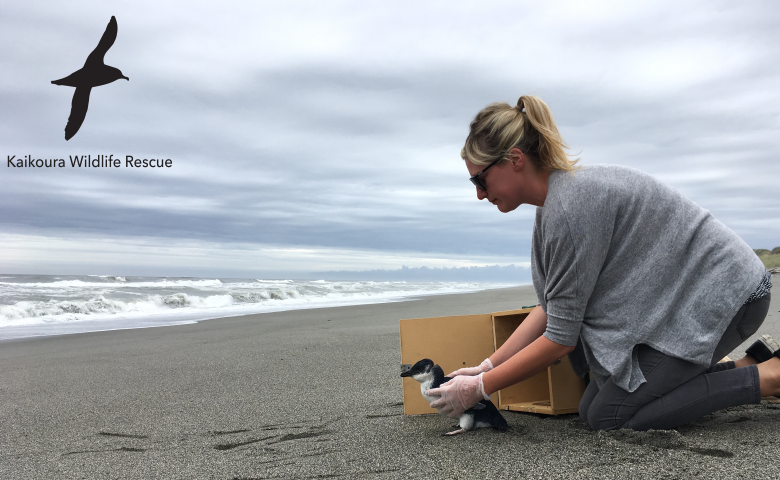 INSPIRED BY DISASTER, BUILT WITH PASSION AND CARED FOR WITH LOVE

New Zealand travel experts at New Zealand In Depth have uncovered New Zealand’s most driven couple who, inspired by sculpture and wildlife, have set out to rebuild a better Kaikōura (New Zealand) following the earthquake that cut the region off from the rest of the country back in 2016, inviting guests to join in and experience their journey along the way.

Following the destructive earthquake in 2016, Kaikōura was temporarily cut off from the rest of the country with major road and rail routes blocked by slips, making it almost impossible for visitors to reach this magnet for wildlife enthusiasts. However, from rubble have emerged new experiences and organisations born from the steely will and determination of locals who were not willing to be beaten by nature.

Paul Carberry, New Zealand travel expert and founder of New Zealand In Depth said; “From art to conservation, the earthquake has not only lifted the earth itself, but the imagination, creativity and resourcefulness of its residents which has enhanced the experience for visitors. This includes the chance to enjoy new sculptures created by local artist Ben Foster and inspired by the force of nature that defines this coastal area of New Zealand.”

Ben, who is rising to international fame through upcoming exhibitions in Zürich, London and New York, recently unveiled an earthquake commemoratory piece for KiwiRail, which brought together two sections of solid steel railway track recovered from the Kaikoura coast.

“I think most of us in Kaikōura, whether we feel okay or not, have at one stage or another throughout the year hit the wall,” Foster says. “I myself, hit this invisible wall about four months ago and just ran out of steam.”

From working from a large purpose-built studio with the Kaikōura ranges towering nearby for inspiration, Foster’s career has taken off over the last few years, which include him moving to Switzerland and developing a collaboration between himself and engineers at Ferrari to create his sculptures while in Europe.

About his latest work, the Bear & Ballerina, Ben said; “I have created something which I think is my strongest work. There’s a real journey for each piece, and I think it’s quite fitting that this piece is finished, as we commemorate the anniversary of the Kaikōura earthquake.”

Visitors travelling to Kaikōura through New Zealand In Depth will not only be able to visit some of the iconic local sculptures created by Ben, but may also see his studio by appointment, as long as he’s in town!

Paul Carberry, founder of New Zealand In Depth, adds; “Ben is such an inspiration, not only in the work he produces, but through his support and passion for the region of Kaikōura. Most famous for his geometric animal sculptures, he takes the natural world and depicts it using sheet aluminium in his own individual way. Our guests travelling to see his work is a sure way for any visitor to understand the resilience, creativity and love for the area that defines Ben and the kiwi people.”

Also inspired by the disaster in 2016 was Ben’s partner, wildlife biologist Sabrina Luecht, who last October opened a wildlife rescue facility in Kaikōura for injured and ill native birds. Having helped and released its first patient, a male blue penguin, the centre has been inundated. “New Zealand is the seabird capital of the world, and Kaikōura is a biodiversity hotspot with its amazing marine environment. Many seabirds such as albatrosses and shearwaters are declining, while some are endangered. Shorebirds such as the banded dotterel are also doing very poorly. Most of the cases I receive are directly affected by human related impacts. To date all associated expenses with Stage 1 of the facility have been paid by myself or Ben. To expand our operations we rely on donations from the general public, business sponsorships and grant funding. The next stage is to finalise the process of becoming a registered charity,” added Sabrina.

All itineraries offered by New Zealand In Depth are personalised to include guest’s preferences. A 21-night itinerary travelling from September 2018 to June 2019 starts from £3,900 per person excluding international flights. This includes all accommodation in a mixture of luxury lodges and quality B&Bs, transfers, car hire and any internal flights required.

“We have been so touched by the passion and dedication from both Ben and Sabrina, we will be making a regular monthly donation to Kaikōura Wildlife Rescue which requires ongoing support to keep its doors open,” says New Zealand In Depth’s Paul Carberry.

About New Zealand in Depth

The New Zealand in Depth team has created tailor-made holiday experiences to New Zealand for 11 years and are committed to understanding their client’s needs, sharing their expert knowledge and experience of the country and planning trips that leave lasting memories.

New Zealand in Depth has built great relationships with local activities, accommodation and suppliers to offer their clients the chance to experience the real side of New Zealand and get off the beaten track to experiences that are often not available through other operators.

About Paul Carberry – Founder of New Zealand in Depth

“I think it was inevitable that I would work in travel and focus on New Zealand in particular. My dad worked in the airline industry for many years for the likes of BOAC, British Airways and then Air New Zealand before he set up his own long-haul travel business.

I had the excitement of growing up imagining travel to distant lands and, after completing a degree in geology and working in the family travel business for a couple of years, I left the UK and spent several months exploring New Zealand returning to set up my own New Zealand travel company in 2003.

Since then I have been fortunate to have been able to travel back to New Zealand many times, feeling that is more and more like home every time I go.”

About Sally Lilley – Travel specialist at New Zealand in Depth

“I met John (my partner) in 1999 and after 20 years in the Financial Services industry jumped at the chance to take 12 months off and travel around the world as a mature backpacker. On returning to the UK in 2001 I worked for a number of organisations in the charity and hospitality sector before deciding New Zealand was where we wanted to live.

John & I emigrated to New Zealand in 2003 and entered the world of hospitality and tourism. Over the next seven years we ran a number of remote Lodges on the South Island including Milford Sound, Lake Moeraki and Arthurs Pass and in 2010 we took over a small group guided tour company based in Christchurch.

We spent the next four years guiding small groups around New Zealand ensuring they had a trip of a lifetime. After 11 years in New Zealand we moved back to the UK for family reasons and now have the pleasure of sending visitors to New Zealand to enjoy all my favourite places – many of which you will not find in the guide books.”