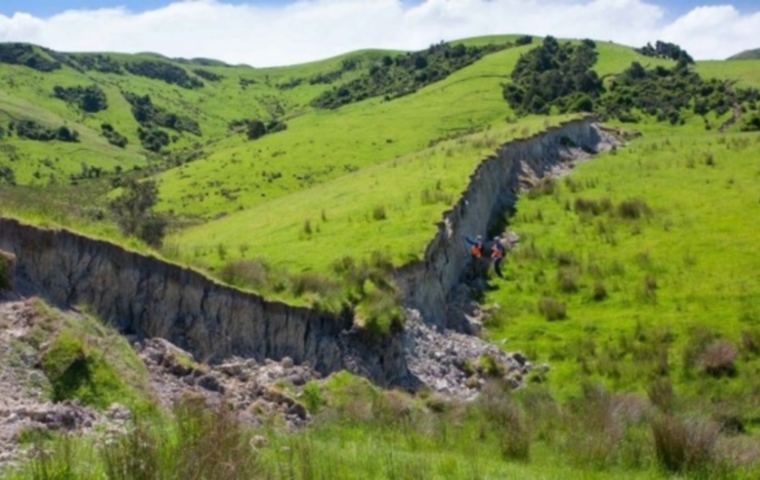 It’s now been a month since the powerful earthquake, measuring 7.8 in magnitude, hit North Canterbury just after midnight on the 14th November.  It initially triggered a tsunami warning and then rattled New Zealand with a number of aftershocks.  Whilst the quake was felt across South Island and even in Wellington most of the damage was centered on the whale watching town of Kaikoura, which was cut off for days.  The army flew in supplies and helped evacuate tourists and some locals from their homes.

We had two clients in Kaikoura at the time.  Thanks to the hard work of our partners ID New Zealand who are based in New Zealand, we were able to get them swiftly helicoptered out.  Since then we have been in contact with our friends and partners on the ground to do what we can to help.  A number of clients who were due to visit the town had to make last minute changes to their itineraries.  Some became the very first guests at the newly opened Marlborough Lodge, near Blenheim.

So what is the situation now?  There is no doubt the landscape around the Pacific coastline of New Zealand’s South Island is changed forever.   The earthquake lifted parts of  the sea bed and caused huge landslides.  A drone was flown over the Kekerengu fault line showing fresh ruptures through the rolling green countryside.  Large sections of the main road (SH1) that runs from Picton to Christchurch have been devastated and the Coastal Pacific railway service has been cancelled for at least the rest of the summer season.

As for Kaikoura itself there is some positive news.  The town is now accessible.  Scheduled convoys have been running on a scenic inland road since 30th November and the NZ Transport Agency expects this route to be fully open during daylight hours by the end of the week.  The road is also the gateway to the West Coast and Abel Tasman/Nelson regions.  It is also likely that the main State Highway south of Kaikoura to Christchurch (SH1) will be re-opened before Christmas.

In the town itself much of the infrastructure has been left undamaged.  Hapuku Lodge, Bendamere House and Manakau Lodge are amongst the hotels, motels and B&B’s that have re-opened and are welcoming guests.  Whilst access to the town is still a challenge transfers are available by helicopter, and Hapuku Lodge is offering air transport subsidies to help visitors keen to make the journey.

After a nervous wait whales, dolphins and seals were seen off the Kaikoura coastline and now an abundance of marine wildlife is being spotted there.  Pregnant fur seals who were due to give birth at the devastated rock pools at Ohua point have re-colonised just 100 metres away.  Wings over Whales is open for whale watching and scenic flights, Seal Swim Kaikoura is operational and Encounter Kaikoura have their boats back on the water and are running  limited dolphin and albatross tours on request, dependent on the weather and tides.  Whale Watch Kaikoura have also been able to take boats out during a small window of time around high tide, and their shop and cafe are both open.

Kaikoura remains a magical spot and we are keen to help anyone who wants to visit the town.  Do get in touch on +44 (0)1298 74030 or email us at [email protected] and we will help you with your itinerary.